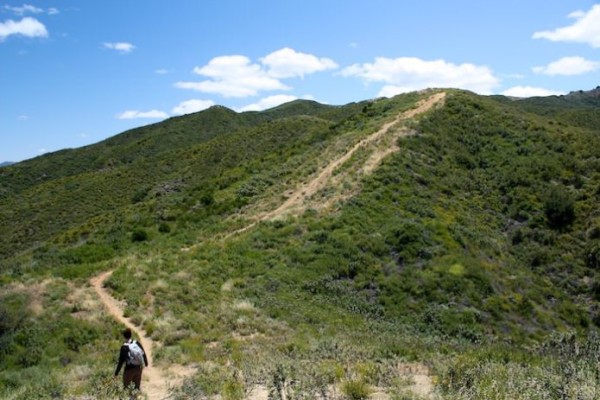 Posted at 14:00h in Parks and Recreation by Gina Ender 0 Comments
0 Likes
Share

LOS ANGELES COUNTY – The Board of Supervisors today approved $500,000 in funding to repair the 1.8-mile-long Canyon Trail at the Placerita Canyon Natural Area and Nature Center, which sustained major damage following the Sand Canyon Fire in 2016.

The fire destroyed areas of vegetation along the trail and subsequent heavy rains in early 2017 caused mudslides that eroded significant portions of the trail, forcing closure to the public since the spring of 2017.

The approved restoration project calls for the removal of non-native and invasive plants, debris, and brush along the popular trail. In addition, it will repair eroded trail sections, replacing wayfinding signage, damaged benches and bicycle traffic calming devices, as well as related improvements.

“Today’s action will allow the Canyon Trail to be reopened for public access once work is completed,” said Supervisor Kathryn Barger, whose Fifth District Office is helping to fund this project. “I know how important outdoor recreation is to the residents of the Santa Clarita Valley, which is why I’m pleased to fully support this project.”

Work on the trail is slated to begin in July of this year, with completion anticipated in March of 2020. The $500,000 cost was secured through $300,000 in Proposition A Safe Neighborhood Parks County Excess Funds available through Supervisor Barger’s office, as well as $200,000 from the California State Habitat Conservation Fund.

As part of the Supervisors’ approval, the trail restoration project calls for the hiring of at-risk youth to perform weed abatement and general clean-up duties.

“We are grateful to Supervisor Barger and the entire Board of Supervisors for their support of this important trail restoration at Placerita Canyon Natural Area and Nature Center,” said Department of Parks and Recreation Director John Wicker. “The Canyon Trail is a significant amenity of the park, and we look forward to reopening it and providing access once again to the community.”