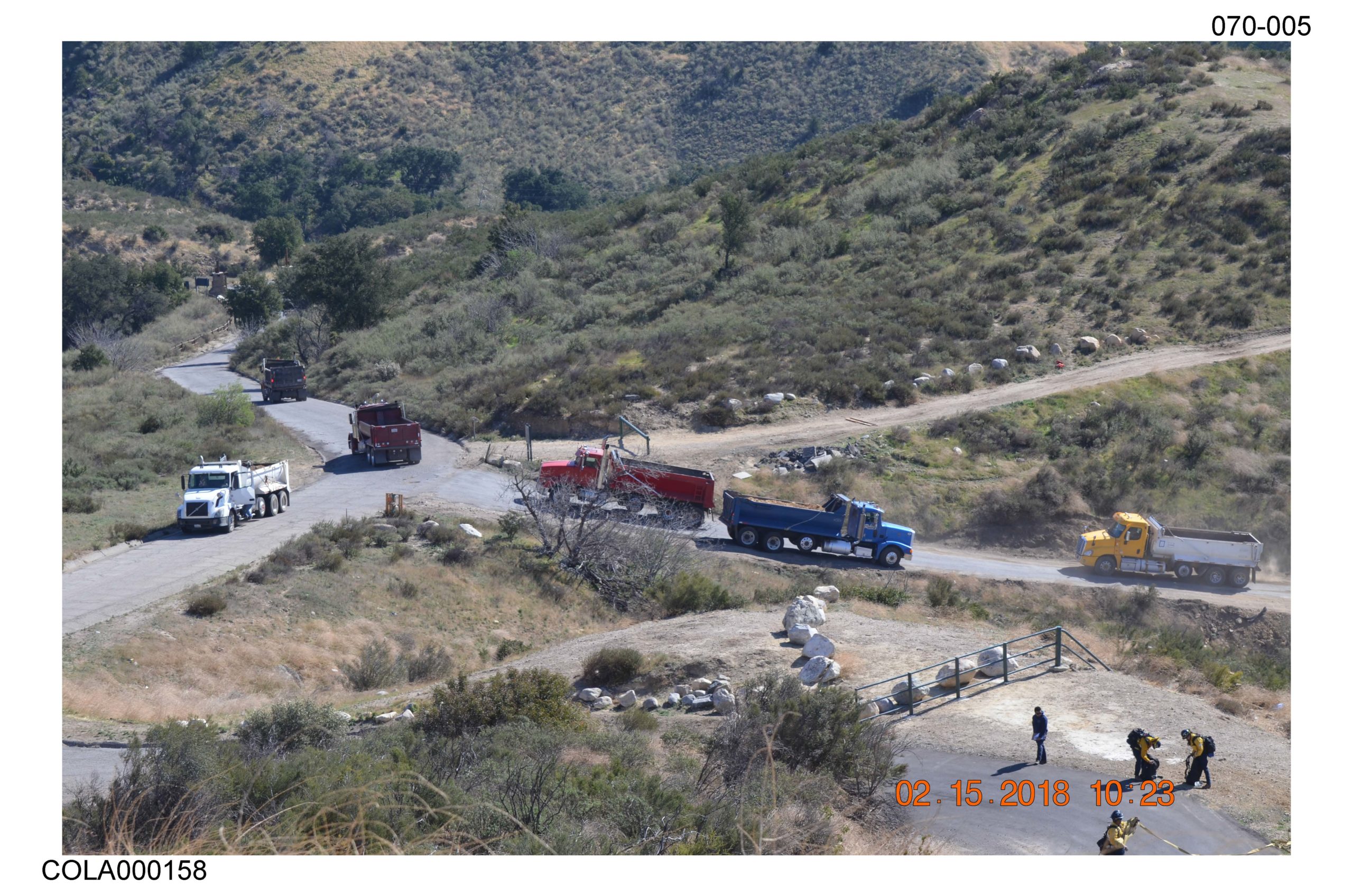 Supervisor Kathryn Barger announced that Los Angeles County’s legal team has filed a motion for summary judgment in the Los Angeles Superior Court in the case against Wayne Fishback, Charles Lee, ABC Waste Management, and Cepheid to permanently stop the illegal commercial operation of a dump and to end this case asking for a judgment in the county’s favor.

The Fishback defendants were trucking tons of concrete and construction debris in an ecologically-sensitive region in the Browns Canyon area of the Santa Susana Mountains until Judge Pfahler issued his modified injunction last summer precluding all class 6 trucks from accessing the site.

“For far too long, the perpetrators of the massive illegal landfill operation have caused near-permanent environmental damage in Browns Canyon,” Los Angeles County Supervisor Kathryn Barger said. “They have used legal loop holes across multiple jurisdictions to continue their unscrupulous actions. This motion by the county is a clear message that it will not be tolerated. I thank the county legal team for their dedicated work on this effort and I am grateful to this community for being willing to participate and assist the county in this effort.”

The motion asks the court to declare that a trial is not necessary and to hold each of the defendants legally and financially responsible for violating the county’s land use and grading ordinances, as well as creating a public nuisance and engaging in unfair competition.

This action follows two prior court orders prohibiting the transport and deposit of concrete and related construction debris to the illegal dump.
The motion is set to be heard on April 16, 2019, as the law requires that defendants be notified at least 75 days before the county’s motion can be heard by the judge.

For the main brief and further updates, visit kathrynbarger.lacounty.gov/browns-canyon.